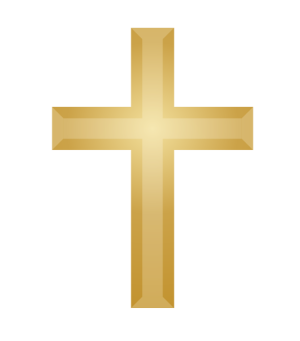 The family of Chester Kaniewski, of Bayonne, announces his peaceful passing on Thursday, April 16, 2020.  Chester was born in Puzieniewicze, Poland on October 8, 1934.  As a result of WWII, he spent the next few years relocating to numerous countries across Europe and the Middle East before settling in England.  Chester finished High School and technical training in England, where he enjoyed soccer and track & field.

In 1952, Chester immigrated to the United States aboard the Queen Mary arriving in New York harbor.  He established residency in Bayonne, NJ and with his technical training he was able to find employment as a machinist.  It wasn’t long before he was drafted into the US Army at Fort Dix, NJ.  His tenure was short and he was honorably discharged.

Chester spent a few years playing professional soccer with the Elizabeth Falcons and various football club teams in Harrison NJ stadium and throughout the northeast.  He later landed a job at General Motors in Linden, NJ, where he proudly worked in various assembly and technical positions for over 30 years before retiring.

In 1963, Chester married the love of his life Maria, where together they shared 53 years of blissful happiness.  He was an active parishioner of Our Lady of Mt Carmel Church in Bayonne.  He enjoyed playing soccer, tennis, taking trips to the New Jersey shore and he had affection for driving Cadillacs.  Above all, he treasured times spent with his family especially his grandchildren, taking trips to the park and attending their sporting events.  He was a devoted father and grandfather whose kindness, wisdom and generosity set a shining example.  His strength, bravery and perseverance against life’s challenges will not be forgotten and his undeniable love for his family and unwavering pride for his country will be missed beyond measure.

Chester is now reunited in the loving arms of his wife Maria and the rest of his family in heaven including his sister and brother-in-law, Regina and Henry Chmara and brothers Roman and Eugene. Left to cherish his memory are his sons, Robert Kaniewski and his former wife Maria, Gregory Kaniewski and his wife Andrea and one brother John and his wife Ola, his sister-in-law Donna Kaniewski, his sister-in-law and brother-in-law Stella and Zbigniew Banek, and four adored grandchildren Nicholas, Katelyn, Danielle, and Corinne, and many nieces, nephews, cousins and dear friends.

Due to the COVID-19 pandemic, funeral services will be privately held.

To send flowers to the family or plant a tree in memory of Chester Kaniewski, please visit our floral store.