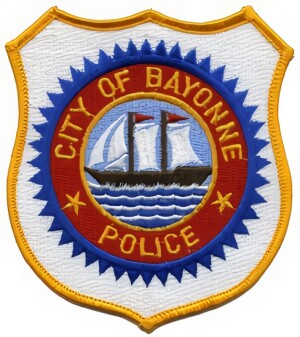 Leonard R. Kantor, passed away peacefully at home on Saturday, April 2, 2022.  A lifelong Bayonne resident, he moved to Toms River where he has resided for the past 3 years.

Lenny served his country proudly in the United States Air Force during the Korean War.  After completing his military service, he began his 17-year career as a Police officer with the City of Bayonne where he was known and respected for his outstanding dedication to serving the citizens of Bayonne.  He then went on to work as a security guard for the Maher Terminal in Port Elizabeth for 26 years before ultimately retiring in 2007.  Known for his strong-willed personality, strength and loyalty, Lenny worked tirelessly as a fierce advocate and voice for the Bayonne community.

He appreciated the simple things in life such as reading in his quiet time, taking long walks and listening to the tunes of Frank Sinatra.  As an avid outdoorsman, he also enjoyed crabbing off the docks of Barnaget Bay.

Above all else, Lenny loved spending time with his family, especially his grandchildren whom he adored.

A visitation will be held at the Dworzanski & Son Funeral Home on Thursday, April 7, from 2:00 to 6:00 pm.  A funeral mass in Lenny's honor will be held on Friday, April 8, 2022, at 10:00 am, from St. Andrew's Church, 125 Broadway, Bayonne, officiated by Fr. Juhan Betancourt.  Interment with military honors will follow at Holy Cross Cemetery, North Arlington, NJ.

In lieu of flowers, kindly make donations to Autism Speaks.

Saint Michael, heaven's glorious commissioner of police,
who once so neatly and successfully cleared God's premises
of all its undesirables, look with kindly and professional
eyes on your earthly force.

Give us cool heads, stout hearts, and uncanny flair for
investigation and wise judgement.

Make us the terror of burglars, the friend of children and
law-abiding citizens, kind to strangers, polite to bores,
strict with law-breakers and impervious to temptations.

You know, Saint Michael, from your own experiences
with the devil that the police officer's lot on earth is not
always a happy one; but your sense of duty that so
pleased God, your hard knocks that so surprised the
devil, and your angelic self-control give us inspiration.

And when we lay down our night sticks, enroll us in your
heavenly force, where we will be as proud to guard the
throne of God as we have been to guard the city of all
the people.  Amen.

To send flowers to the family or plant a tree in memory of Leonard R. Kantor, please visit our floral store.