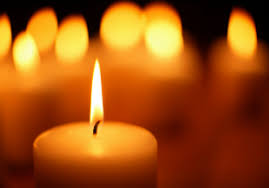 It is with deep sadness that the family of Teofil Foltynski, of Bayonne, announces his passing on Tuesday, April 7, 2020.
Born in Glinki, northern Poland, he was one of fourteen children to his parents, Eleonora and Boleslaw Foltynski.

Teofil proudly served in the Polish Army in the late 1960's.  He had that special trait that made others like him immediately and was known as "the guy who could get essentials for his fellow Army comrades".  After completing his military duties he became a shipyard worker in the Baltic Sea port city of Gdynia. During his time there, Teofil was part of the December 1970 demonstrations against the communist government's drastic cost of living increases. Gdynia is also where he met his wife, Wieslawa, while she was attending the University of Gdansk.

In 1993 Teofil immigrated to the United States in hopes that his children would have a better future.  He was admired and respected amongst his family and friends for his strong work ethic and the fierce dedication he stood for throughout his life.  He was a meat and potatoes type of guy who laughed at his own jokes before he got to the punch line.  He always poured double vodka for his guests and himself, enjoyed his steak well done, and never apologized for being himself.

Teofil is now reunited with his parents, siblings, and dearly beloved daughter Katarzyna.  Left to cherish his memory are his loving wife Wieslawa (nee: Jarzylo), three children, Grzegorz, Justyna, and Jacek, sister Teresa, brother Witold, and four grandchildren Zuzanna, Klaudia, David, and Naomi. He will be greatly missed by them and his extended family residing in Poland.

Remember me when I am gone away,
Gone far away into the silent land;
When you can no more hold me by the hand,
Nor I half turn to go yet turning stay.

Remember me when no more day by day
You tell me of our future that you planned:
Only remember me; you understand
It will be late to counsel then or pray.

Yet if you should forget me for a while
And afterwards remember, do not grieve:

For if the darkness and corruption leave
A vestige of the thoughts that once I had,
Better by far you should forget and smile
Than that you should remember and be sad.

Due to the COVID-19 pandemic, funeral services will be privately held.

To send flowers to the family or plant a tree in memory of Teofil Foltynski, please visit our floral store.